#Sands40: "Our hearts were bursting with so much love for our baby boys, but overtaken by such horrendous grief" - By Frances Griffiths

I went into labour with our twin boys Evan and Mathias in April 2017 at 37 weeks pregnant. Our son Evan was stillborn.

My partner Grant and I went to the hospital after I was getting suspicious back pain for a few hours, but what I didn't know at the time was that I was in labour.

The lovely midwives in the maternity unit monitored our babies' heartbeats for up to an hour, but the heartbeats were very similar. The consultant was called to do an ultrasound, but with the pain being so severe at this point I could barely lay down.

The consultant tried her best given the pain that I was in, and came to the conclusion that there were two heartbeats present.

My labour progressed quickly, and from start to finish I was in labour for only 10 hours. I had decided on a C-section, so the midwives quickly prepped me for surgery.

Our first born son, Evan, was delivered at 23:51 and unbeknown to me the emergency button was hit and a group of doctors, nurses and midwives burst into the operating theatre to attempt resuscitation.

Mathias, our second baby was delivered a minute later and soon after there was a loud cry. They handed Mathias to me, he was so beautiful, I fell in love instantly but wondered where Evan was.

After what felt like a lifetime of waiting to be given Evan the consultant broke the news to us that he was stillborn and that he had probably passed away 24 hours before.

Our hearts were bursting with so much love for our baby boys, but overtaken by such horrendous grief. The future we had envisioned for us as a family of four had disappeared, and although we had one baby with us our hearts broke for Evan.

For the two months following Evan's death, I was in denial about him being gone.

I kept telling myself that I was dreaming and that any minute I would wake up and be holding my two beautiful baby boys.

I think about him every day and I often wonder how different Mathias would be if Evan was here with us to share and to play.

Grant suffered enormously, he had nightmares for the first six months, severe anxiety about leaving Mathias to go to work and flashbacks of the operating theatre that still happen now. We had to get rid of Mathias' Moses basket and change it to a crib because it reminded him of Evan in his cold cot.

Rarely do people talk about the effect this has on their partners, but being fully conscious sitting in the operating theatre, watching these doctors run in, seeing the looks on their faces when they decided not try to resuscitate anymore and being so incredibly strong for me has taken its toll on him.

He has been the glue that has held me together during this awful time.

But I felt lonely, I felt like we didn't fit in anywhere. I couldn't go to the twins group I had planned on going to and until recently I couldn't face taking Mathias to baby groups in case there were twins there.

It was a very lonely time when you are the only person you know who has suffered the loss of a baby.

We were told about Sands and it has helped us immensely through our grief, being able to talk to people in a similar position about their angel babies gave us the confidence to talk about Evan.

And because of the amazing work Sands has done over 40 years we were able to hold our baby and spend those precious few days with him that we will remember for the rest of our lives. 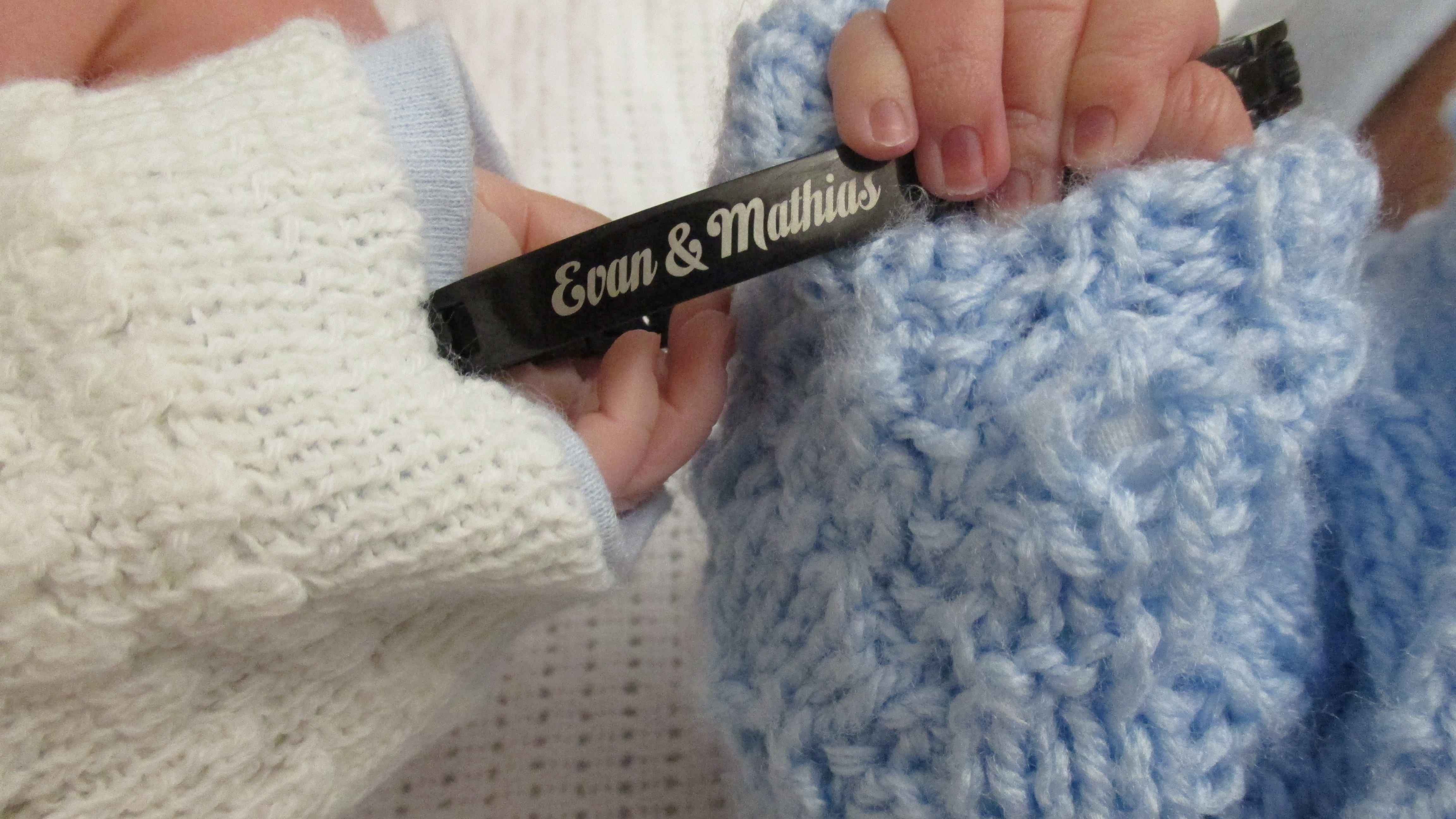