Not knowing I was pregnant, (very bizarre I know, I still had regular periods and no bump so we thought no different), I carried him to 38 weeks gestation where I then developed pre-eclampsia and a whole body infection.

I was rushed to hospital on Boxing Day in 2014 with what we thought was a water infection and not knowing I was in labour!

On 28th December I was given antibiotics and was sent home where I collapsed. I was rushed in again and gave birth to Teddy in the hospital toilets.

From that moment it was all a blur and still to this day I can’t remember much because of being in shock, but all I remember was his gorgeous little face and that memory will stay with me for a lifetime.

As the days, months and years pass Teddy will always and forever be in my heart and I think speaking out about this is a massive relief and can be a help to other families who have been through the same pain. The pain will never fade.

I hid away from the world not opening up for a good year or so, not knowing how people would react or if I could handle the questions.

Last week I took part in a Bridge Trek Challenge in memory of baby Teddy that involved walking 25km across 16 bridges in London in aid of Sands.

I’m happy to talk about him now as his my son and I’m proud to of given birth to the most beautiful boy in the world. Wherever I go or wherever I am, Teddy will remain in my heart forever. 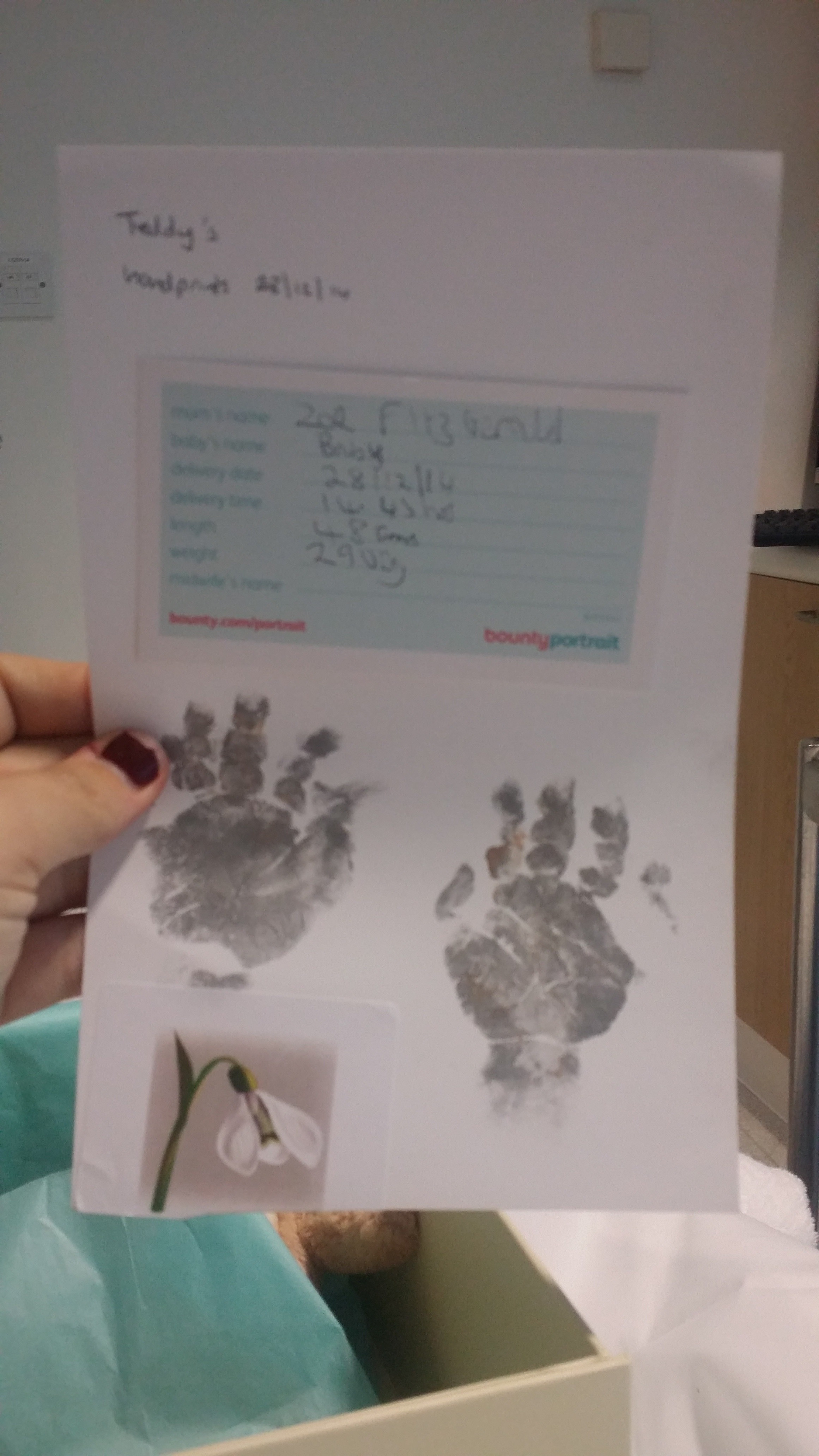