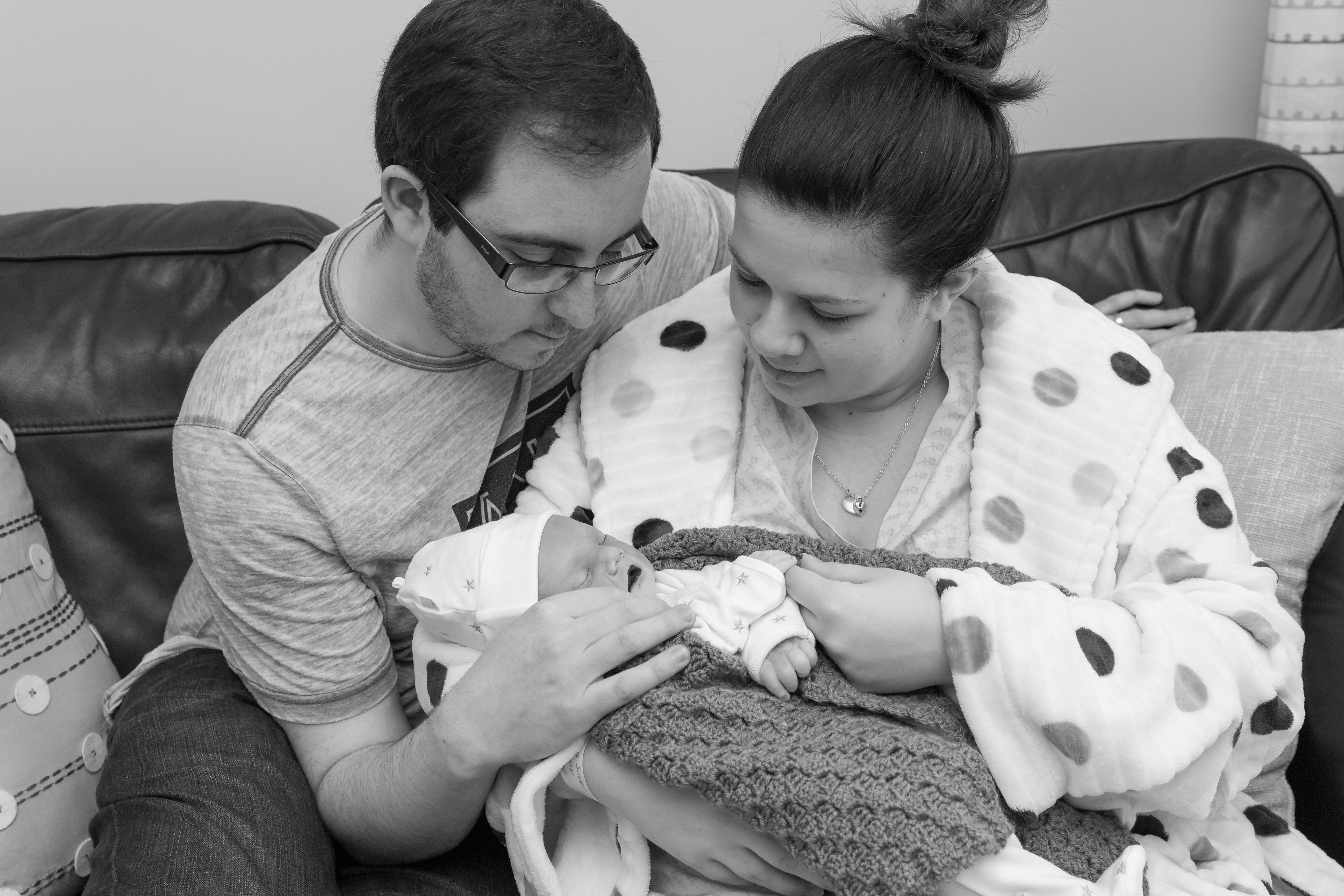 The pregnancy went on with no real concerns. Sophie had some excess fluid and so was in every other week for scans, but we would always leave reassured that this posed no serious risk.

We also went in to hospital a few times with reduced movements, but after a few hours he would kick like crazy and again there was no real reason to be concerned.

Sophie, was induced with the balloon method on the 19th March 2018 and we were due to go back in to have it removed the next evening.

We were told that she would be staying in and would remain in until our son was born at which point we would come home as a family of three.

We were so excited, overcome with joy, ecstatic, nervous. Words can't explain how we felt, we were finally going to see our son who we had waited almost nine months to see, who we had dreamed of for years, who had already given our hearts reason to beat.

The next day Sophie had felt reduced movements so we went into the hospital a little earlier than planned and assumed it was just another long nap for Henry.

However when they tried to find Henry’s heartbeat they struggled. We saw four different midwives/doctors and then they advised us that they were so sorry but his heart had stopped beating.

We were a few days away from when we expected him to be born. How could this happen, to this day we still do not know what happened and are waiting to see the consultant to see if they can shed any light on a cause or at least a prevention for next time.

The day we found out our world shattered into pieces and if it was not for the fantastic midwives at Hull Women and Children’s Centre, I don’t know how we would have survived the night.

It was thanks to the staff and numerous charities that we got through the following days and managed to spend quality time with our son.

Thanks to Abbie’s Fund we were able to make everlasting memories and keepsakes with the memory box provided. Aching Arms ensured we would never have empty arms with a gorgeous little bear named after another baby who left too early.

Remember My Baby came the day after Henry was born to take some professional photographs, which capture just how gorgeous our little boy is.

Sands ensured that we were able to stay in a beautiful bereavement suite in the hospital for a few days with Henry and spend that time with him.

Sands also provided us with a bereavement midwife who has made everything so much easier in the time after and acts as a go between and fountain of knowledge for us in difficult situations.

I cannot thank each charity enough, nothing can bring Henry back, but there are so many kind people out there doing all they can to ensure that what we have remaining in our lives can be enjoyed and that Henry will forever live on in our hearts.

We are still healing now and suffering the loss hard, hopefully one day it will get easier but we are well aware it is a very long process and a bumpy road.

#Sands40: "We know that Benjamin is watching over us" by Andrea and Ian Hawkes