The Girl Before: A new TV series from the BBC

Trigger warning: we wanted to let you know that The Girl Before (now available on BBC iPlayer) includes stories of loss.

We are here to support anyone affected by the issues portrayed in the series.

The team are available to speak to from 10am to 3pm Monday to Friday and 6pm to 9pm Tuesday and Thursday evenings.

You can also email the team (helpline@sands.org.uk) or visit our online community.

Sands helped advise Gugu Mbatha-Raw and The Girl Before production team on the portrayal of her character Jane's experience. 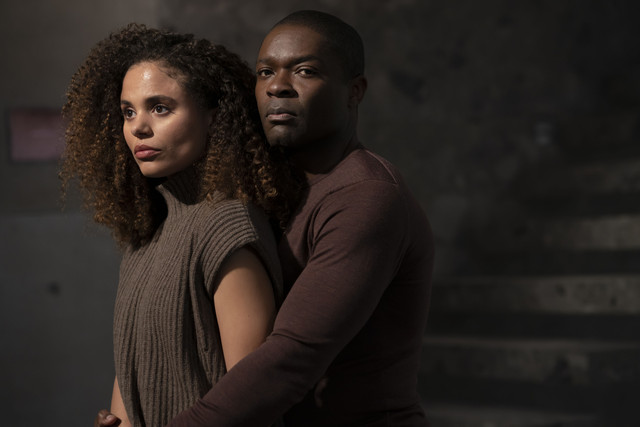 “We were delighted to be asked to support Gugu Mbatha-Raw and The Girl Before production team in their portrayal of the impact of stillbirth on Jane, the main character. Everyone who goes through pregnancy loss or baby loss will experience a uniquely personal bereavement journey but because we have been listening to and supporting bereaved parents and families for over 40 years at Sands we were able to advise the team on how this devastating loss could have affected Jane’s inner life and relationships with the other characters.

“Prior to filming, Gugu spoke with a bereaved mother and with one of our trustees Kelly Williams, who has worked as a bereavement midwife, supporting families after the death of their baby and provided emotional and practical support. I hope her portrayal of Jane’s grief will feel true to anyone who has been affected by the death of a baby and that our involvement will also help bereaved parents and anyone who needs support know they are not alone and to find their way to Sands.”

About The Girl Before

The Girl Before tells the story of Jane (Gugu Mbatha-Raw), who gets the chance to move into a beautiful, ultra-minimalist house designed by an enigmatic architect (David Oyelowo). There’s just one catch: the occupants must abide by his list of exacting rules.

Jane starts to feel the house changing her in unexpected ways, but when she makes the shocking discovery about her predecessor Emma (Jessica Plummer), she’s forced to confront unnerving similarities. As the two women’s timelines interweave, Jane begins to question if her fate will be the same as the girl before.

If you would like to make a difference for bereaved families today, and help save lives in the future, find out how you can support our vital work.